Mill Farm was on Harborne Lane on the Harborne side of where the petrol station (built on the site of the Harborne Mill pond) is today.

Through using a tithe map and later maps Yr. 6 children found an owner, a tenant and calculated acreage and land use. This helped them to learn a little about life on a farm in the mid 1800s. 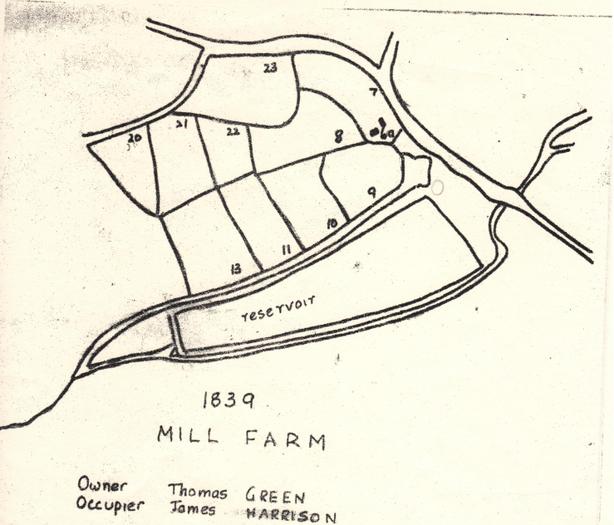 Taken from the tithe map (click thumbnail below for original). The names of the fields or pieces showed what they were for or described them.

7. Garden field is probably where they grew their own fruit and veg.
8. Calves Piece is where the calves stay until they until they join the herd. It’s close to the farmhouse so they can keep an eye on them while they are small.
9.Rickyard Piece is for the hay.
10. Little Piece is a sensible name for a small field.
11. The Three Acres. I think this is the same as several football pitches.
13. The Four Acres is an even bigger field – about a fifth of the size of the reservoir.
20. Corner Piece is a sensible name because it is at the corner of their land.
21. Clover Field must grow clover.
22. Little Field is quite little and much smaller than Little Piece.
23. The Six Acres is the biggest field and I think it must have been used to harvest crops 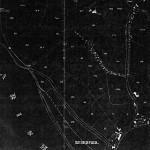 We know this farm was about 38 acres. We estimated the size of the fields from these we knew. Information from the 1839 tithe map. It helped to know that the reservoir was about 20 acres